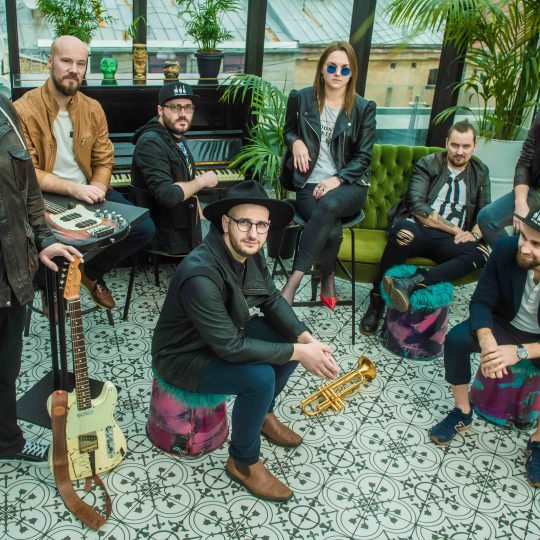 Massive injection of funk & soul combined with jazz, surf & klezmer. With a solid backbone in jazz, funk and soul, incorporating influences from surf, klezmer, rock and hip-hop, Very Cool People have been putting jazz & funk back on the dancefloor since 2007. Hailing from Riga, Latvia, the band has lit up clubs and festivals from Estonia to Romania, from Spain to South Korea. Always open to new experiments, Very Cool People have collaborated with plenty of guest artists from a bunch of countries. Even if they are a live band more than anything else, they have six studio albums behind their belt, well-received critically and nominated for awards as well.

As they put it in Mūzikas Saule, a respectable music magazine in Latvia – “they mix up a sparkling cocktail of funk, jazz and blues, adding other spices that only they know – very cool people indeed”.