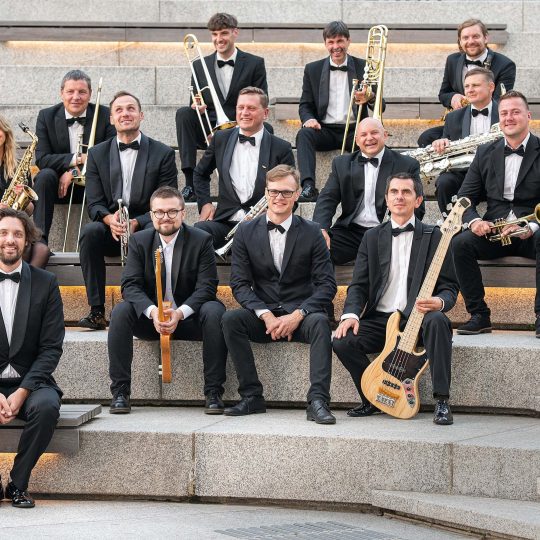 Jazz orchestra – a leader and legend in the world of Lithuanian jazz music – the Kaunas Big Band with chief conductor Jievars Jasinskis prepared a musical journey – a meeting with another legend, whom the world lost last year – Chick Corea – an icon of jazz music, whose light will accompany us for a long time. The Kaunas Big Band prepared a program consisting of Chick Corea’s compositions, in which Chick Corea’s preferences are prominent – from samba, Afro-Cuban rhythms, ballads to swing and intelligent cocktails of jazz music. Central Park, La Fiesta – these are just a few charming, turning into a jazz festival compositions out of ten, in which you can hear and feel the reflections of Chick Corea.