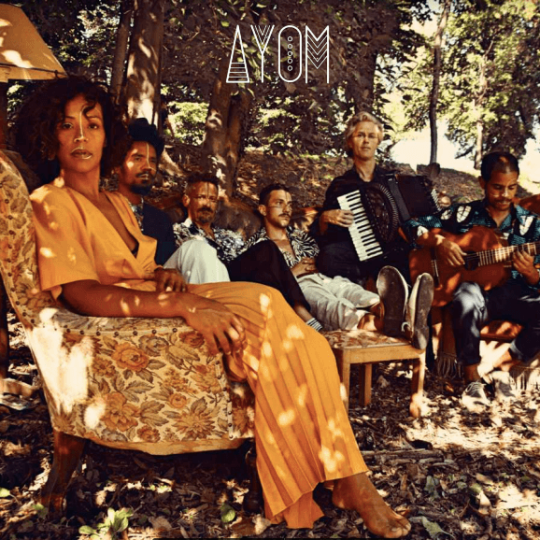 Ayom are musical seafarers who traverse the Black Atlantic from Brazil to Angola and Cape Verde with a distinctly Mediterranean identity.
“Their sound is a mix of Brazilian, Tropical, Afrolatin and Afrolusitan sounds played with Irresistible swing, like tropical sun penetrating grey clouds”.
Their name, Ayom, refers to the “Lord of Music” that in Afro brazilian mithology (Candomblè) exists in the tambor and taught humans to play music and sing.
Blending century old traditions with the black and rhythmical language of lusophone cultures, Ayom provide a hot-stepping and spiritual voyage across the African diaspora.
Thus, musicality flourishes nomadic, profound, provocative and dancing, where tradition and contamination, male and female, poetry and energy, joy and engagement coexist.
Ayom is a multicultural band, made up of 6 members from Angola, Brazil, Greece and Italy with Brazilian singer and percussionist Jabu Morales centre stage.